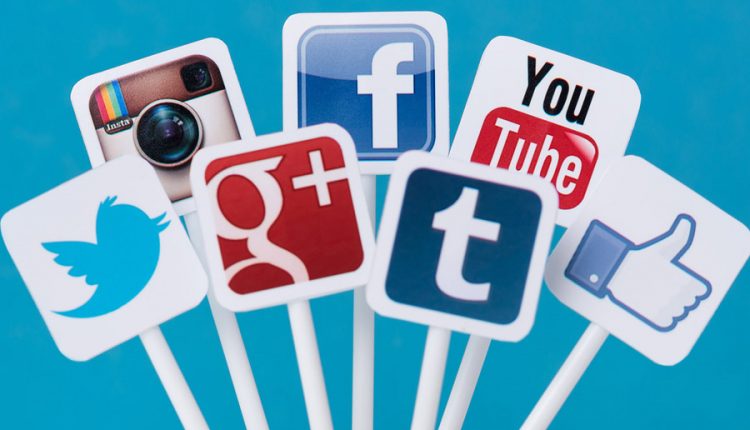 Yeah social media is huge. It will probably go bigger after the Facebook movie 🙂 But the point here is to realize that it’s a bit different from other channels you were running. Ok. In reality there’s nothing too much different. You target as much as possible and try to make profit. Sure. But if you understand the mindset of your prospects, you’ll be able to have more successful campaigns on social networks.

Social network marketing has tapped into online world not so long ago. Just few years back seems that few people knew you can make money with Adwords. Times are running 10x faster online. With the surge of MySpace, Facebook, PlentyOfFish now, social networks have huge number of eyeballs that you can advertise to. So let’s learn how to do that successfully.

As mentioned, social networks are a bit different, let’s say from Adwords. Most folks come from PPC world, so I’ll use that as comparison. In pay per click advertising on search engines, you simply need to provide to people what they’re already looking for. And the trick is to do it with a USP and a bit better than your competitors on the same page. But there’s no trick, you just give them what they want.

Another example is media buying. It’s more similar to social networks. You simply try to grab people’s attention when they’re browsing the web and are not looking to buy. You need to arouse curiosity, get them to your site, presell and convert. It’s a harder job, but if you target the right websites/demographics, then you can easily nail with a campaign.

Social network visitors are harder to convert than the other two. That is if you don’t know what they want and how to grab them. On social sites people come to interact with each other. Read some fried’s wall, check emails, reply to some lame comments from yesterday, yada yada…

They are not looking to buy. They’re looking to have fun. That’s why free offers like game download/mobile stuff worked so well on Facebook. They banned mobile, because of rebills which are usually quite scammy I agree. But games, free apps and stuff like that works great on Facebook. Obviously, not to mention the king (or queen) dating. What else would people want when they come to socialize right?

But it doesn’t mean paid products don’t work. I’ve had great success with simple per sale affiliate products. Those that cost $20 to the consumer and those that cost $200. The trick is knowing the demographic data.

This is what places like search engines don’t have. Such targeting abilities that it’s crazy. What if you had local restaurant. Target people’s birthdays in your local area and right on their birthday congratulate them and give them 50% off whatever they and 5 other friends buy that day. Do you think that would yield a good response? You bet.

Target star wars fans and sell them star wars character costumes on Halloween. When you put creativity to work, you realize that there are so many amazing campaigns you can test on Facebook or Myspace.

Social networks gather detailed user data. Birth, gender, geographic data, likes (music, movies), colleges, workplaces, groups they belong to on Facebook for instance. When you combine these together you can start producing successful campaigns 8 times out of 10.

While people do have long term campaigns with generic targeting, in the beginning you simply must target as specific as possible. This is crucial when you’re starting out. You need to reach your audience who is the most likely to buy what you have and only then you can think of expanding.

So how do you success on places like Facebook or Bebo? Well, I already mentioned targeting. But the next big thing is split testing. Seriously, facebook guys are probably going to be the media buyers, because they test so many elements, so many ads, images, calls to action that it becomes hard to compete.

There was automatic uploader to Facebook, now POF where you could make 1000’s of ads instantly. And people used that function. From thousands of ads you get much more impressions even at low CPC. Quickly see which has best CTR. And then replicate the winning ad to get as much exposure as possible.

Automation is very good in such case. Well, you can also do that manually. But it’s much harder when you set up 100 ads and they all get disapproved on Facebook. Yes, those guy are notorious for disapproving ads for no reason. It’s really sickening. But if you have nerves, you’ll go much further than the rest in this marketing platform. Folks went literally from $50/month budget to $10K/day budget in a year or two. Now it is more competitive, but it also offers you many options.

Let’s take the largest one Facebook for example. They’re one of the largest sites on the internet, so it makes sense to focus on them. CPC has increased. Now they require $1 to $2 a click just to start. But you can do the other way. Go international.

International traffic price is super cheap. You can still pay $0.03 – $0.20 a click. And there are dating campaigns, games, educations. Tons of free offers to provide to the people. If you split test hard, you can easily find a winning campaign on some of the international channels. Just don’t make the mistake I did and many folks are doing.

Don’t jump from one offer to another. Focus on one vertical or one country and master that area. You’ll be more successful this way. Besides, if you split the testing budget on 10 campaigns, you may not see any success at all. Pick a few and get good campaign data. You usually find winners this way.

The point to remember is that social places have one key difference and that is a state of mind of the user. They are relaxed there and rarely to do business. It’s more of a fun place to be. Play games, browse around, interact with your friends.

Understand how to deliver your product in a compelling way so that the audience likes it. Make contests, give some kinds of discounts, great deals, free deals to people. Create a little buzz. It’s like mini PR campaign. Get their attention and catch them in the right mood. And you can have an amazing success.

Last thing. Small tip here. When creating campaigns on Facebook, make sure you drive people to your Facebook fan page or group. Anywhere that is part of Facebook itself. It gives people trust. They don’t leave Facebook. And you can put iframe inside and just redirect people to some free offers. This usually works great, much better than driving traffic outside FB site.

How to Craft a Successful CPA Campaign on Facebook?

Another Awesome Free Resource to Learn From

Pros and Cons of HTML Emails