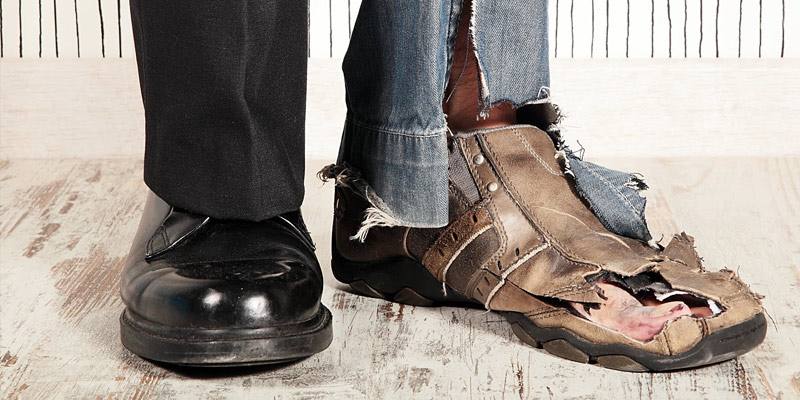 Some of you may be laughing at the numbers in the headline, but I’m serious. Yeah, you may be thinking that it’s not even money. But for many people in the world, this is something. We all start out somewhere and you have to set yourself some goals right.

I remember when I was starting out, I set goals of $100/day, because that’s what I’ve heard many people were aiming for. But at the time, I didn’t have a job, had almost no finances and was barely making anything online. No surprise here, I haven’t made there.

Even after years when I had my successful campaigns going, I had to learn the lessons. I felt like I’m not gonna fall down and sky is the limit. Well what do you know, my campaigns stopped performing and I was thrown back into reality. $0 income per day. Actually it was more like -$100/day, because I was testing new campaigns to get back on track. Wasted thousands and didn’t have anything.

You can guess that I felt miserably. And from my $500/day goals I had to drop to $5/day. That’s right. I had to swallow my pride and cockiness and get back to reality. Stop being an idiot chasing a dream, when I was in no position to even think about it.

I’m sure many of you successful affiliates, super affiliates even, were in similar situation. When campaigns stop, you keep testing and it doesn’t work out. When you feel down and nothing seems to be working and you’re scared shitless. You’re thinking about going back to a regular job. Some had to do that to keep supporting their families and themselves. Not sexy.

You were making $5K a day and now you’re nowhere. You don’t want to be a loser and get back to $10 or $50 per day campaigns. But your media buys don’t work either. Yeah, that’s a lesson you learn in affiliate marketing. Always diversify and don’t fuck up. But things sometimes work out differently and you have no other choice, but to start super small.

You know, 9 times out of 10, I’d choose a long lasting profitable and CONSISTENT $10/day profit campaign instead of a $100/day fluke. Consistency is very important. With paid traffic you can achieve it, but it’s pretty hard. Campaigns die out quickly and you need to keep working constantly to find new ones. Outsourcing is another important element I’ll be talking about in this blog. You need to have a structure and systems in place to scale up. But for now, let’s focus on your first dollars.

Whether you were making money and now you need to start all over again, or you do not have any online income and would like to get started, this post may be for you.

What To Do Next?

One of the biggest problems affiliates face after getting hit is where should they go next? It was all good, but now you have nothing. What new traffic sources to attack and what the hell to do? In this case, it’s always best to calm down, relax, and start thinking about what happened. If you are planning to go anywhere in this business, you must start learning from your mistakes. And you only learn if you analyze the past.

Look at your successful campaigns. Where did you run them? What medium, what platform. Why was it successful and why it isn’t now? Did you not optimize your creatives enough? Should you work more? Did the competition kick in? Advertiser changed? Anything that would give you a hint on why it happened.

Seconds step is to look where you need to go next. Again, analyze your past. If you had success on Facebook, why would you want to jump to PPC? We all want to jump around from one traffic source to another. From one medium to the next one. Forget that. If you made money on FB, then you must feel at least a little bit more comfortable with this place. Then make it work again. Why go to a new traffic source, where you’ll need to test more, learn all about the system and waste more money?

The point here is to master one thing and then go to the next one. I feel that somewhere deep inside you realize it, but some human nature just forces you to keep going elsewhere if it doesn’t work out anymore. You shouldn’t.

Every successful super-affiliate, media buyer have one thing in common. They all master one thing at a time.

If they push dating offers on Facebook, then they’ll try to squeeze every single penny out of Facebook before testing PPV or Pulse360. If they do bizopps, they won’t start doing 10 other new niche markets you understand? They all focus on one thing at a time and scale it up. Only then move on further. And as I talk to my AM’s on CPA networks, they all say the same thing, successful guys have only one or two niches where they operate in. They barely test anything else.

The point I’m trying to make here is if you had a successful campaign on traffic source A, then probably your best bet is to keep on focusing on traffic source A instead of jumping to the B. This is what usually gets you back on your feet in the shortest period of time.

Everyone is talking about goals and how important it is to have them. Yes, it is. But it’s also even more important probably to set the right goals. You need to determine what financial goal is going to be your next. Set it too high and you won’t achieve it. Frustration will make you more depressed and kick you further from your dream. So what’s your next goal?

Only you can answer this question.

For me, I had to go for $5/day profit. From there I took off. I’d suggest the same to you. Focus on achievable and small goals. But make sure it’s consistent income as well. If you made 3 ($60) sales in one day and then nothing for the rest of the week, it doesn’t really mean you’re making $60 per week. You need to be able to drive consistent traffic and build continuous income.

It isn’t hard to start making money again. The idea of this article is $5/day profit and you can achieve that easily with PPV and zip submits. But again, let me emphasize the word – PROFIT.

Every god damn idiot is talking about revenue. Who gives a fuck about revenue huh? PC Hardware sellers make millions in revenue, but their margins are shit 5% – 10%. Who cares?

And it’s especially true with media buyers. Yes, they say they make $10K/day. Nine times out of ten it’s revenue. Profit? Usually lucky if you do 20% margin. In some cases they run at 10% ROI. That leaves them with $1K/day or $30,000/month. Decent Clickbank super-affiliate salary. But Clickbankers make much higher returns because they work in niche markets and dominate them. Profits are higher so they risk less. Better be a CB/SEO affiliate with 100% ROI than media buyers with 5%. At least when you’re setting your first goals.

Wholy Lord, lol… This was probably the most inconsistent post I’ve made. But I haven’t been writing in a while, so it’ll take time for me to adapt 🙂

Anyway, what you should take away from this whole ramble is this:

Here you go. It seems simple. It isn’t. It will take lots of effort dedication, frustration and all the shit that comes after you when you start from scratch again. But this is inevitable. Once you make it and reach your goal, start thinking about building a business that doesn’t fall apart when Google shuts you down or your one-target PPV campaign stops converting.

What is an Effective Internet Marketing Strategy?

Split Testing: Where, What, How?